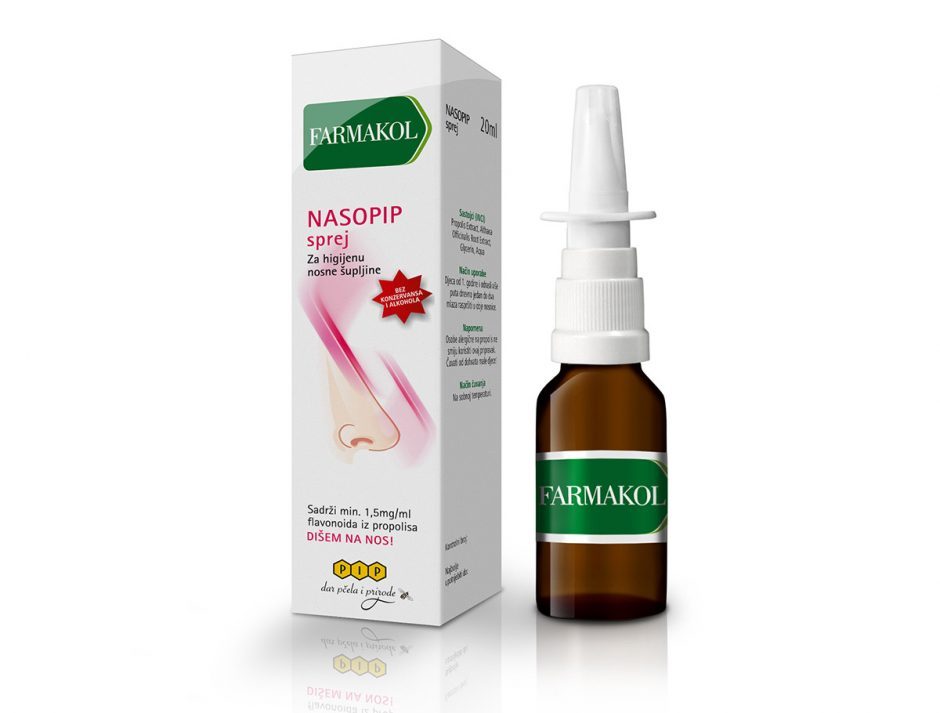 Allergies are an indication of the improper functioning of the immune system. In a healthy body, our antibodies protect us from viruses, bacterial and infections.

For people with allergies, the immune system incorrectly recognizes certain allergens (as enemies) and begins to create antibodies to defend against them. Allergic reactions can occur immediately or several hours after contact with a given allergen. The symptoms of allergic reactions depend on how the allergen entered the body. An allergic reaction everyone knows is the reaction to pollen that results in allergic rhinitis or hay fever.

Seasonal allergic rhinitis or hay fever is an allergic reaction based on an excessive immunological reaction to the presence of an allergen (pollen). When pollen is inhaled, this sets off a series of reactions that result in the liberation of antibodies (IgE) and histamine inflammation mediators that cause the allergic reaction. The histamines caused increased permeability of the blood and lymph vessels, which then secrete fluids and causing the symptoms: swelling, redness, itchiness and pain. The nose, sinuses and respiratory pathways swell, fill with secretions and become clogged. The disorders causing allergic rhinitis are also reflected in the functioning of the heart and lungs, and the ailments are often associated with bronchial asthma. Allergies are not curable, though there are therapies that ease and remove symptoms, making life a little easier for those with allergies.

Bee products are true allies in combatting allergic rhinitis and pollen allergies, which is hard for to understand, but proven to be true!

Honey can greatly alleviate pollen allergies, with specific immunotherapy of the allergy diseases of the respiratory system, by sensibilisation to inhaled allergens from the environment, such as pollen. The continued use of honey in gradually increasing doses during the entire year means that we ingest a sub-dose of pollen in order to reduce the reactions to it in people with allergies. The pollen grains in honey are in a concentration much lower than in the environment, and so the body accepts them without much fuss. This stimulates the body to build its own defensive mechanisms, resulting in a reduced immune response to pollen during flowering season, i.e. a milder allergic reaction, or even the lack of symptoms.

Royal jelly – effective protection from allergies and allergy symptoms. The anti-allergic effect of royal jelly has been scientifically proven, and this property is attributed to the glycoproteins from royal jelly that suppresses the antigens, and inhibits the specific production of IgE and histamines from mastocytes.

Propolis –  a natural source of antioxidants and immunomodulators. The flavonoid quercetin in propolis is a plant pigment and is considered the predecessor of all bioflavonoids, and it has been proven in numerous studies to be the most active of all the bioflavonoids. It is a strong anti-inflammatory agent, directly blocking several stages of the inflammation process, including the synthesis and liberation of histamines and other inflammation mediators. It normalizes and strengthens the immune system, eases the symptoms of pollen allergies and respiratory illnesses.

All bee products, separately or in combination, have a gentle effect on the body, stimulating the work of the immune system, increasing the body’s resilience and reducing fatigue, which is a common consequence of allergic reactions. Prevention is a far better way to fight allergies than to subsequently treat the undesired effects. Therefore, the proper use of honey, propolis and royal jelly can help us to get ready for allergy season and to improve our quality of life.

Hang out with PIP